Can Natural Gas Pipelines Facilitate a Conversion to Hydrogen as a Fuel? 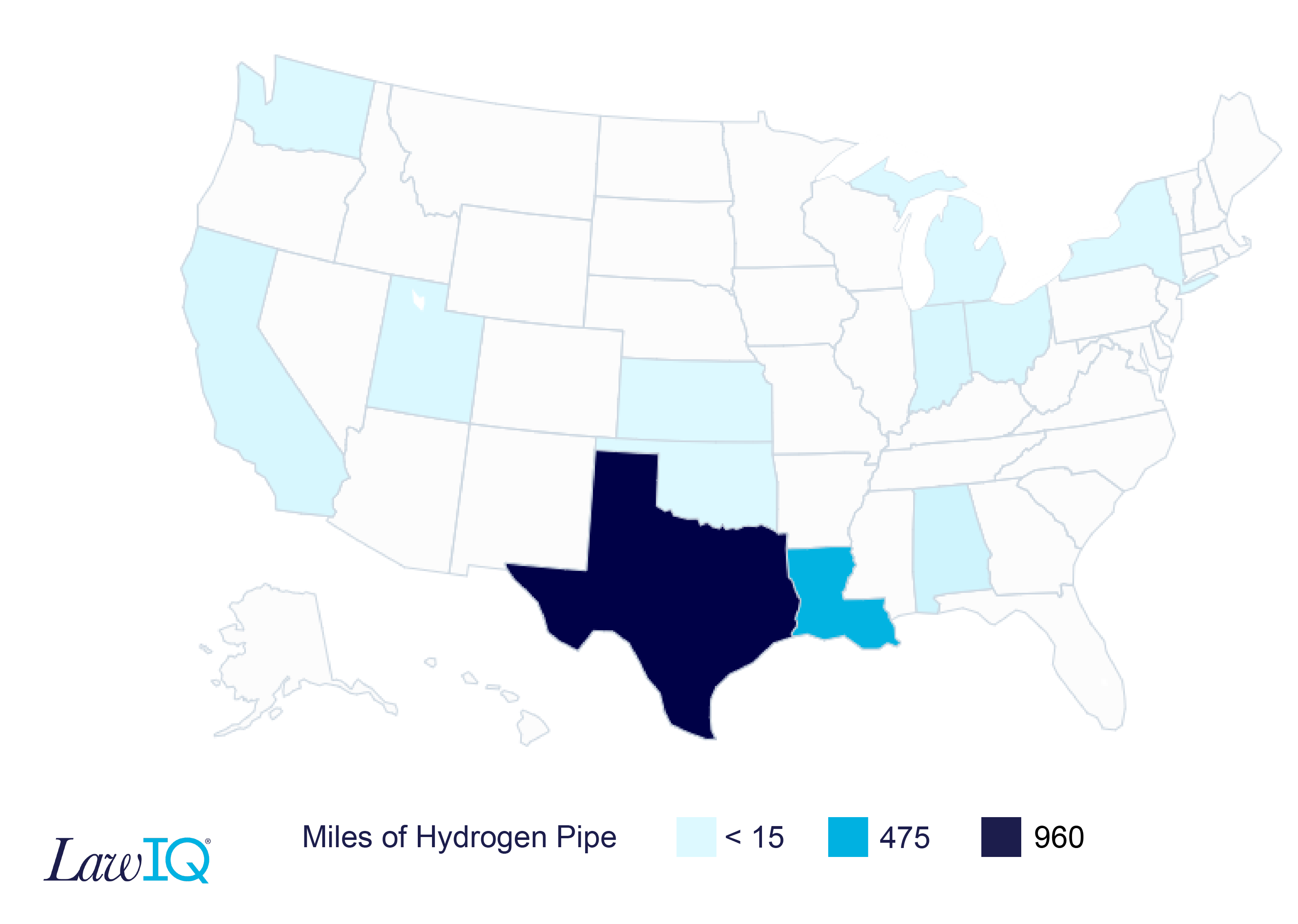 As the world moves to reduce carbon emissions, a key component is expected to be the use of hydrogen as a fuel stock.

Hydrogen can supplement and possibly replace natural gas for many current uses.

Pipeline and storage companies that begin planning now for how they could convert their existing facilities to accommodate the move to a hydrogen-based economy will be in the best position to profit from such a market as it develops.

In Would Electing Biden Doom the U.S. Oil and Gas Industry?, our conclusion was that a Biden administration would create a political environment that would definitely require flexibility on the part of the oil and gas industry. We also noted a key component of the Biden energy plan was to create a demand for hydrogen as a fuel. The stated goal of the plan would be to use “renewables to produce carbon-free hydrogen at the same cost as that from shale gas.” At about the same time as we were writing that Insights, the CEO of NextEra Energy announced on its quarterly earnings call that NextEra would be proposing to build a hydrogen pilot project at Florida Power & Light. The $65 million pilot is planned for an in-service date of 2023 and would use solar energy to produce 100% green hydrogen through a roughly 20-megawatt electrolysis system. The hydrogen produced would then be used to replace a portion of the natural gas that is consumed by one of the three gas turbines at the Okeechobee Clean Energy Center.

The confluence of these events led us to dive a little deeper into the hydrogen fuel story and, as we discuss today, it appears that natural gas pipelines can play a role in the conversion to hydrogen as a fuel source. However, the pipeline companies that start planning today may be in the best position to win any such role, even if NextEra’s pilot won’t be ready until 2023 and the Biden goal is for 2030 or later.

As explained by NextEra’s CEO, wind, solar and battery storage will be hugely disruptive to the country's existing generation fleet, but to achieve an emissions-free future, other technologies will be necessary. NextEra is “particularly excited about the long-term potential of hydrogen” and they are not alone. In its hydrogen strategy released last month, the European Union noted that hydrogen is enjoying renewed and rapidly growing attention because it can be used as a feedstock across the industry, transport, power and buildings sectors. “Most importantly, it does not emit CO2 and [produces] almost no air pollution when used. It thus offers a solution to decarbonise industrial processes and economic sectors where reducing carbon emissions is both urgent and hard to achieve.”

How to Get Hydrogen

Unlike natural gas, which can simply be extracted from the ground and used as a fuel, pure hydrogen must first be created. As indicated by the statement in the Biden plan, the lowest-cost method currently used to create hydrogen is to separate it from natural gas. The Hydrogen Council, a consortium of major corporations, including major oil and gas producers such as BP and Shell, and end-users like Toyota, GM, Microsoft and Airbus, refers to hydrogen produced this way as “gray hydrogen,” which they admit is better as a fuel stock than natural gas, but not much more beneficial overall because of the emissions needed to create the hydrogen. The Hydrogen Council refers to hydrogen that is created with natural gas, but is combined with carbon capture and use, or carbon capture and sequestration, as “clean hydrogen.” But the goal under the Biden plan and the NextEra pilot program is “green hydrogen.” Green hydrogen is hydrogen produced from water and electricity generated by renewable sources like solar or wind power that would otherwise be wasted because it is not needed at the time it is produced. This not only creates no emissions, but also allows for the otherwise wasted renewable energy to store the energy for later use in the form of hydrogen that can be used as a fuel stock when the wind doesn’t blow and the sun doesn’t shine.

Reading the various reports on the hydrogen solution leads to the conclusion that the current infrastructure used for natural gas has a role to play as the hydrogen market moves from gray to green hydrogen. Hydrogen, like natural gas, is a gas that can be transported and distributed by pipelines. The Pipeline and Hazardous Materials Safety Administration (PHMSA) currently regulates hydrogen pipelines and its reports show where these pipelines currently exist in the United States.

Compared to the natural gas system in this country, the hydrogen system is tiny. The total mileage reported by PHMSA is just over 1500 miles and, as seen above, the vast majority of it is in Texas and Louisiana. By comparison, Northern Natural Gas alone reported having over 14,000 miles of interstate pipeline in service in 2019 and the twelve largest pipeline companies had over 100,000 miles of pipe in service in 2019.

However, if hydrogen is to grow as a fuel stock, there are opportunities at each stage of its growth for the existing natural gas infrastructure to play a role. First, the current least expensive form of hydrogen is the gray hydrogen. Natural gas will likely maintain its price advantage as the demand market grows. In addition, one of the least expensive ways to introduce hydrogen into the current system is to blend it into the natural gas stream. It is estimated that a blend of 85% natural gas and 15% hydrogen could be used as a fuel stock without changes to the natural gas transmission or distribution systems, and could be used by existing appliances. Above that level, there are safety concerns as hydrogen gas reacts differently with the materials used in the typical natural gas pipelines, which could make them more susceptible to degradation and failure.

Clean hydrogen, made from natural gas with carbon capture and either use or sequestration, is the next least costly way to make hydrogen. However, the market will need to develop uses for the captured carbon and improve methods of sequestration. According to the Hydrogen Council, hydrogen could be used together with captured carbon to replace fossil fuels as feedstock for the chemical industry and to produce methanol and derivatives. Hydrogen can also be converted into methane through a process called methanation. This requires a CO2 source and energy for the conversion, resulting in substitute natural gas or SNG. SNG is pure methane, which makes it fully compatible with the existing natural gas networks and storage infrastructure as well as all appliances. These combinations of CO2 and hydrogen create compatibility between the production of green hydrogen and the captured CO2 created by clean hydrogen. The existing pipeline systems could then move the created SNG to the end-users. Similarly, carbon sequestration is usually targeted for depleted production basins which would have pipelines that were previously used to take the production away and could likely be converted to carry properly processed CO2 back to the depleted fields for sequestration.

The most expensive form of hydrogen, green hydrogen, which is the ultimate end goal, could also benefit from some of the existing natural gas infrastructure. The key feature of green hydrogen is its use of electric energy that would otherwise have to be curtailed due to a lack of demand at the time of the electricity generation. This use of excess renewable energy allows the green hydrogen to act as an energy storage device which could then be used when renewable power is not available. If sufficient quantities of the green hydrogen could be stored, then, unlike batteries which run out in hours, the stored hydrogen could last for days or weeks if there is no renewable power available for an extended period.

For this to work, however, there needs to be a way to transport large quantities of hydrogen from the location where it is produced to a storage field and then back to a power station to produce the electricity when it is needed. According to the U.S. Department of Energy, underground storage of hydrogen is best done in salt caverns. Also, given the likely high deliverability needed for a power plant, a salt dome would probably be best. However, the Department of Energy notes that depleted production fields can also be used, and a large network of those fields in the Northeast may be able to provide a hydrogen service that is not much different than what they currently provide for the natural gas supply.

All of this just reinforces the need for natural gas pipeline and storage companies to be working now to anticipate how they might participate in a hydrogen economy. There are a number of technical and even legal issues that will need to be resolved before any of the roles discussed above could become reality. The sooner those issues are addressed, the better positioned a pipeline company will be to assume a significant role in any future hydrogen market.