PHMSA Tightens Rules on Pre -1970 Pipe - Will Deliveries be Constrained? 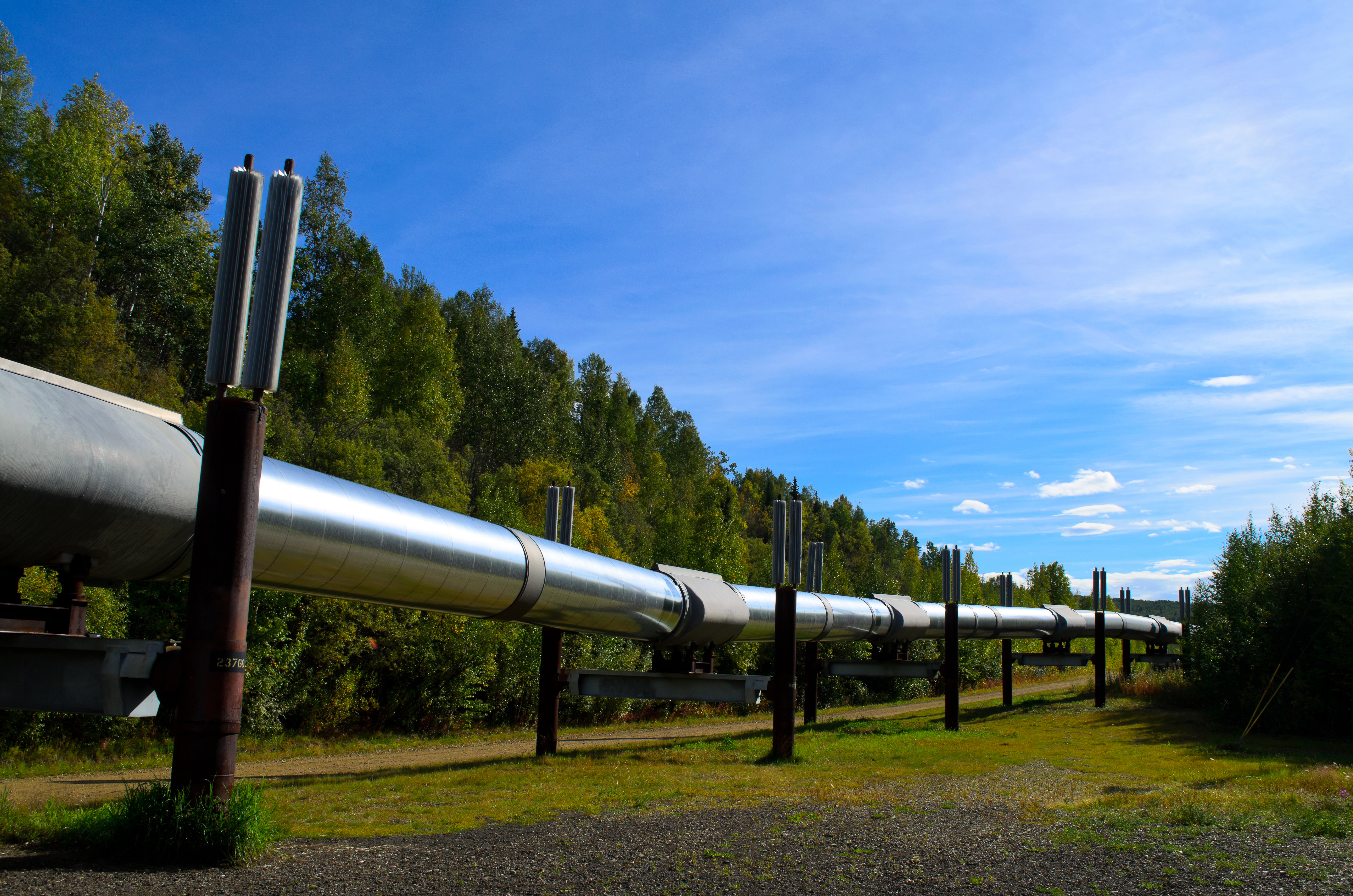 Early last month, the Pipeline and Hazardous Materials Safety Administration (PHMSA) issued a final rule regarding actions pipeline operators must take to reconfirm the maximum allowable operating pressure (MAOP) of previously untested natural gas transmission pipelines. Generally, this new rule requires the pipelines to reconfirm the MAOP of nearly all pipeline segments that were installed prior to 1970, when PHMSA first began regulating the safety aspects of interstate transmission pipelines. While the rule has additional conditions that may narrow the applicability of the new requirements, a key factor in determining the potential impact of the rule is determining how much pre-1970 pipeline is installed in a company’s system.

While one may think that the amount of pipeline older than when man first walked on the moon would be limited, PHMSA’s own data shows that approximately two-thirds of the nearly 200,000 miles of interstate natural gas pipeline currently in use was installed prior to 1970. As a result of the new rule, over the next fifteen years an average of 8,000 miles of interstate gas pipeline per year will need to be retired, hydrostatically tested, replaced, or have its MAOP reduced by at least 20%.

Today we look at the extent of this issue for the major pipelines in the country and note that some pipelines, such as Columbia Gas Transmission, have been proactively addressing the requirements, but that for others, more than 80% of their pipeline falls in the category of having been installed before 1970. These pipelines, including Panhandle Eastern Pipeline, Northern Natural Gas, Tennessee Gas Pipeline, Trunkline, Columbia Gulf and Natural Gas Pipeline Company of America, may need to develop a proactive approach in the near future to address the new PHMSA requirements.

While the expenditure of capital is advantageous if the capital cost is recovered through increasing rates, this new rule also creates an operational risk that will need to be managed. In the meantime, testing costs are almost certain to rise, recovery of replacement costs are not guaranteed and reductions in pressure may lead to reductions in the delivery capability of the pipelines.

Steel interstate pipelines are generally depreciated over a 25 to 50-year useful life. So it would be fair to think that by 2019, most of the pipeline currently in use would have been installed after 1970. However, as shown below, that is not true. As of 2018, the last year reported to PHMSA, there were almost 192,000 miles of interstate natural gas transmission lines in-service and over 120,000 miles of that was installed prior to 1970. 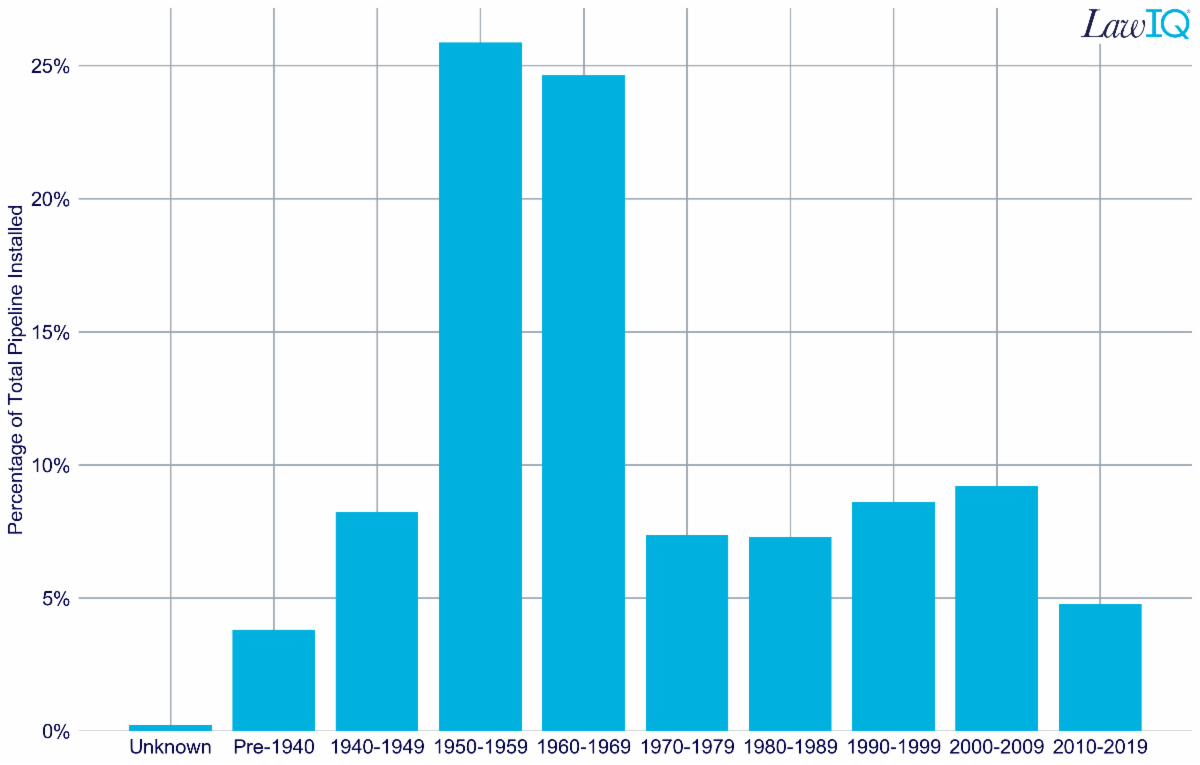 How We Got Here

Prior to 1970, there were no regulatory requirements regarding the design and testing of interstate transmission lines. When PHMSA first began regulating the safety aspects of these lines, it exempted (or “grandfathered”) pre-1970s pipelines from the requirement that a post-construction hydrostatic pressure test be completed. Instead, PHMSA allowed all pipelines operating as of July 1, 1970, to set their MAOP at the highest pressure at which the pipeline had operated during the preceding five years.

Following a 2010 rupture of an intrastate pipeline owned by Pacific Gas & Electric in San Bruno, California, the National Transportation Safety Board found that the exemption from the pressure testing requirement “resulted in missed opportunities to detect the defective pipe, as a hydrostatic pressure test . . . would likely have exposed the defective pipe that led to the accident.” Following the San Bruno incident, the California Public Utilities Commission required PG&E and other gas transmission pipeline operators that it regulated to either hydrostatically pressure test or replace certain transmission pipelines with grandfathered MAOPs because it believed all pipelines should be in compliance with modern standards for safety. In addition, the U.S. Department of Justice indicted PG&E for knowingly and willfully violating five sections of PHMSA’s integrity management regulations and obstructing the National Transportation Safety Board’s investigation. In 2016, a federal jury agreed and found PG&E guilty of those violations.

In 2011, Congress passed the Pipeline Safety Act, which required PHMSA to issue regulations requiring pipelines to confirm the material strength of previously untested natural gas transmission pipelines located in certain areas and operating under certain conditions. The new PHMSA regulations address the requirements contained in the 2011 Act and that is why the new requirement is generally imposed on those pipelines that had been “grandfathered” back in 1970.

How Much Pipeline is Out There?

Today we look at the data regarding the amount of pre-1970s pipeline that was in service as of the end of 2018, which is the last year for which data is available. While there were almost 192,000 miles of interstate transmission pipeline in service at the end of 2018, we only have data for 113 companies for the nine years from 2010 to 2018. However, those companies operated 97.6% of the total natural gas interstate pipe miles. For today’s analysis, we further limit our review to the 34 pipeline companies that reported operating at least 1,000 miles of pipeline in 2018. Combined, those 34 companies operated 90% of the total miles in service at the end of 2018, or 172,671 miles.

As can be seen below, the percentage of each company’s operating pipeline that was installed before 1970 ranges from zero for Rockies Express Pipeline, Kern River Gas Transmission, and Northern Border Pipeline, to almost 90% for Panhandle Eastern Pipeline.

Also, over the last decade, some companies have been reducing their total miles of pre-1970 pipeline through retirement and replacement projects, while others have actually seen an increase in the mileage they have reported in this class, apparently based upon a more thorough review of their records or an acquisition of an older line from another party. 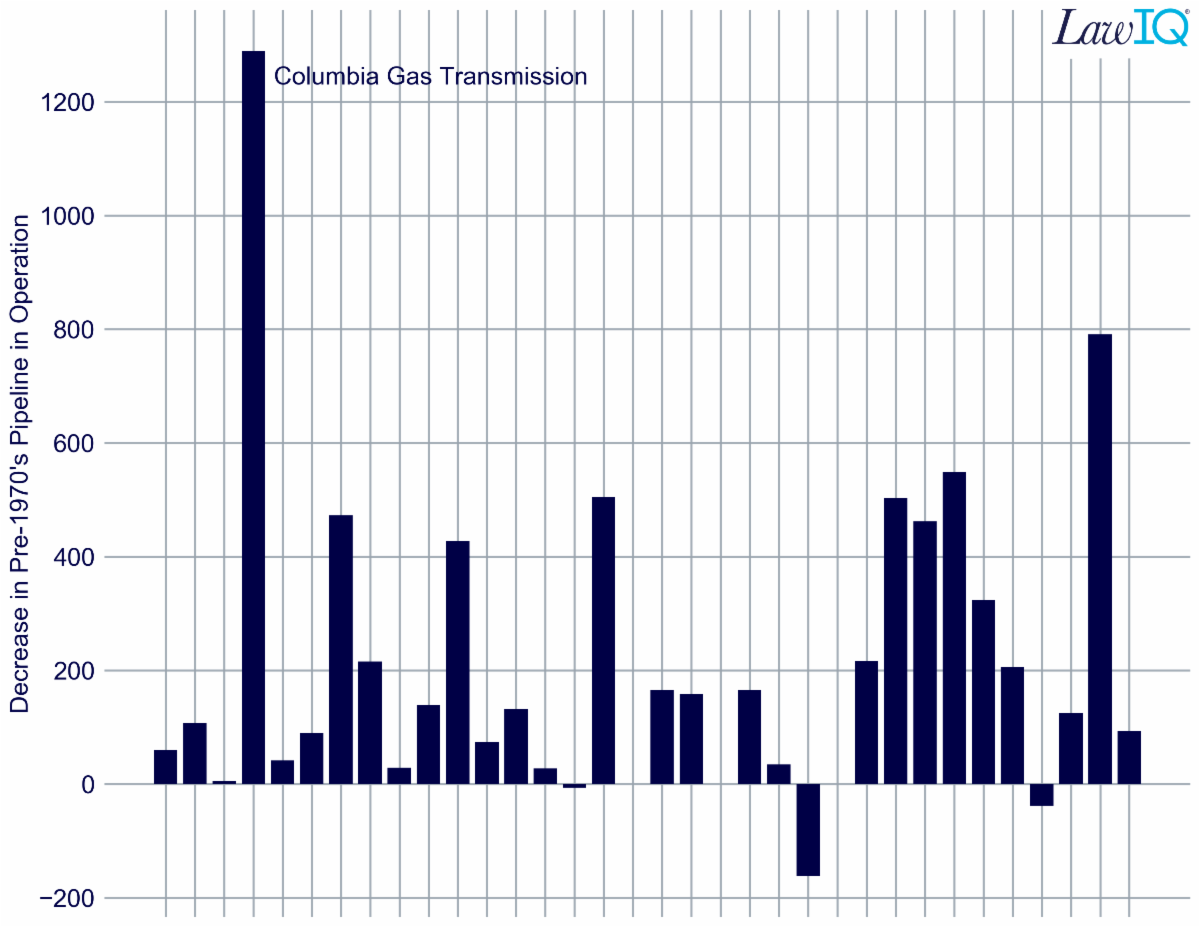 What Must These Companies Do?

The regulation contains some provisions that may reduce the amount of pipeline for which a company may need to reconfirm the MAOP, but generally, the companies are given 15 years in which to comply with this new regulation. Given the extent of the pre-1970 pipeline, that means the industry will need to re-confirm the MAOP for approximately 8,000 miles of pipe each year for the next 15 years. The regulations allow for different methods for re-confirming the MAOP of a pipeline segment, including: (1) conducting a pressure test, (2) replacing the pipeline, (3) permanently lowering the MAOP of the pipeline to less than 80% of the highest pressure at which it has operated in the five years preceding October 1, 2019, or (4) using other technologies that can essentially replicate the safety performance of a pressure test.

TC Energy’s Columbia Gas Transmission entered into a settlement with its shippers that was approved by FERC in January 2013. Under that settlement and a subsequent one that extended it to 2019, Columbia was allowed to establish a Capital Cost-Recovery Mechanism that provides for limited filings under Section 4 of the Natural Gas Act to charge its customers an additive capital demand rate to recover Columbia’s revenue requirement related to certain eligible modernization projects constructed on its system. As can be seen above, of the 34 companies, Columbia has made the most progress since 2010 in reducing miles of pre-1970 pipeline in its system.

Perhaps a proactive approach will be considered by other pipelines as they seek to address the new requirements. Replacement of this older pipe combined with a prompt return on the capital invested may be the most practical way to reconfirm the MAOP of much of this older pipe. If you would like a key to the names of the numbered pipelines in the charts above, please ask.